All Council-owned buildings are closed to the public until further notice. We will continue to provide you with the latest guidance, information and updates on our services. 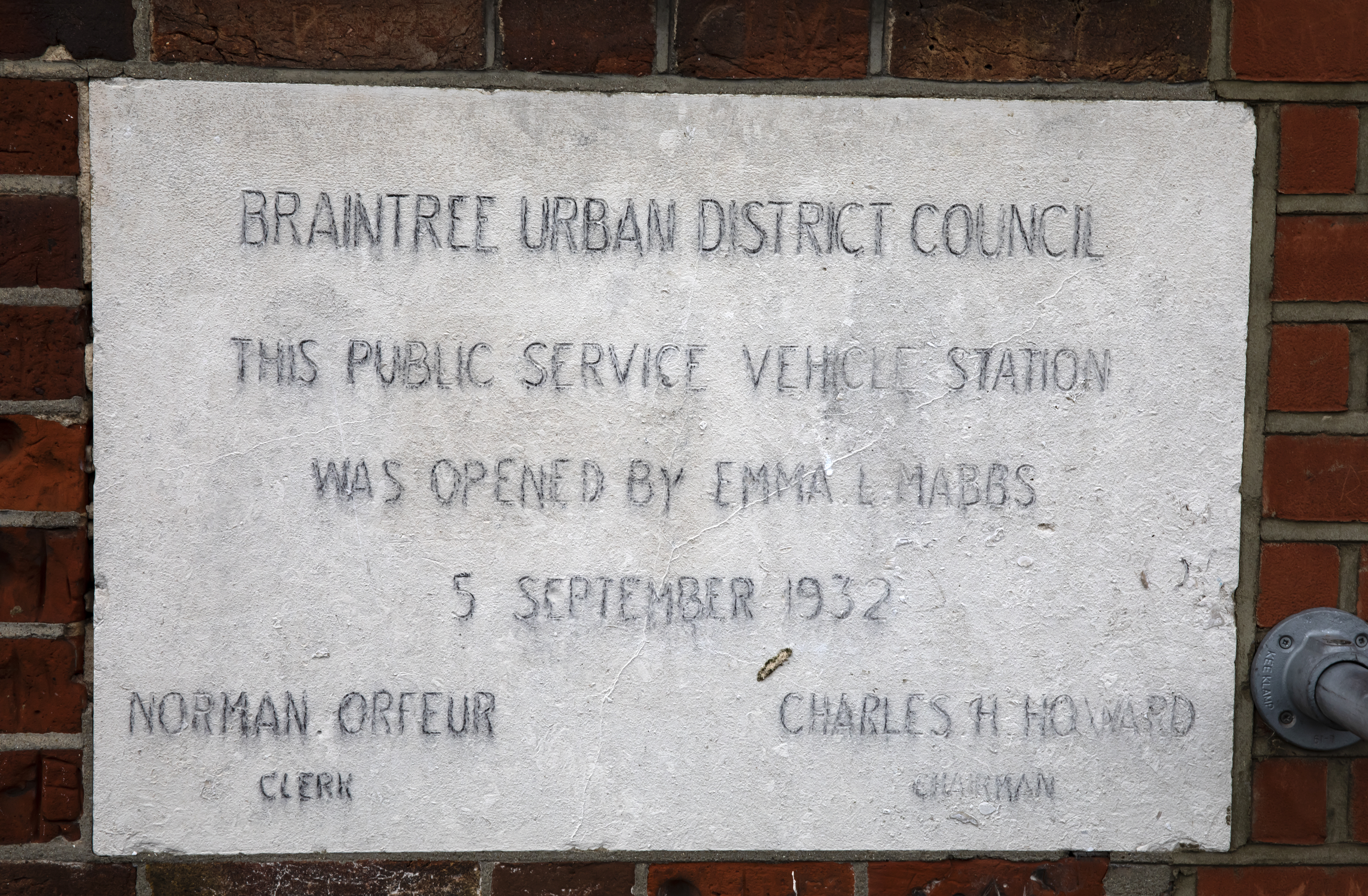 Braintree Museum vows to add the foundation stone in Braintree’s Bus Park to their collection, it has been announced today.

Residents recently called for the foundation stone set in the wall of the brick built waiting room to be saved before construction work begins on the Manor Street regeneration.

The foundation stone was placed at the bus park to commemorate its opening almost 90 years ago.  A number of the red bricks in the building were also marked by US airmen stationed at Wethersfield as they waited for their bus back to base.

Braintree Museum is inviting residents who may have a connection with these bricks to come forward and share their stories.

Robert Rose, Museum’s Manager at Braintree District Museum Trust, said: “We would love to hear from the relatives of the airmen who may have etched their names into the brick work during the Second World War.  We have found several bricks which are of interest and if we can connect them with a story we can pay apt tribute to the history of the site.”

The Council has asked for the foundation stone to be carefully saved when demolition work begins at the end of this month. The bricks which connect with a story will also be saved if in good condition.

A photographic record of all the etched bricks linking back to the Second World War will be kept.

Tom Austin, Project Manager at Kier Regional Building Eastern, said: “Kier are pleased to be able to assist in preserving the foundation stone and bricks during the demolition stage of the Manor Street re-development project.  This is an important part of Braintree’s local history and we’re happy to be able to help.”

Cllr John McKee, Cabinet Member for Corporate Transformation at Braintree District Council, said: “Preserving the foundation stone and stories that go with the etched bricks will help record a fascinating part of Braintree’s history. It will allow us to pay fitting tribute to the site and to the airmen who came to our aid during the Second World War.”